Large detached house. Partly C17, but substantially altered 1745-1759 and in C20. Red brick in Flemish bond with Ham stone ashlar dressings; Welsh slate roofs between stepped coped gables, some of which have ball finials; brick and stone chimney stacks. Double roof plan with north crosswing and further extension northwards, 2 storeys; east elevation, probably very late C17, of 5 bays, of which bays 2 to 4 project slightly. Plinth, rusticated quoins, cornice band, shallow parapet; hollow-chamfered mullioned windows in chamfered recesses, except that to lower bay 2 which has a wave-mould recess, all 3-light except upper bay 3 which is 2-light, and all rectangular leaded: to lower bay 3 a 6-panel door in cambered-arched surround, with timber shell hood over. 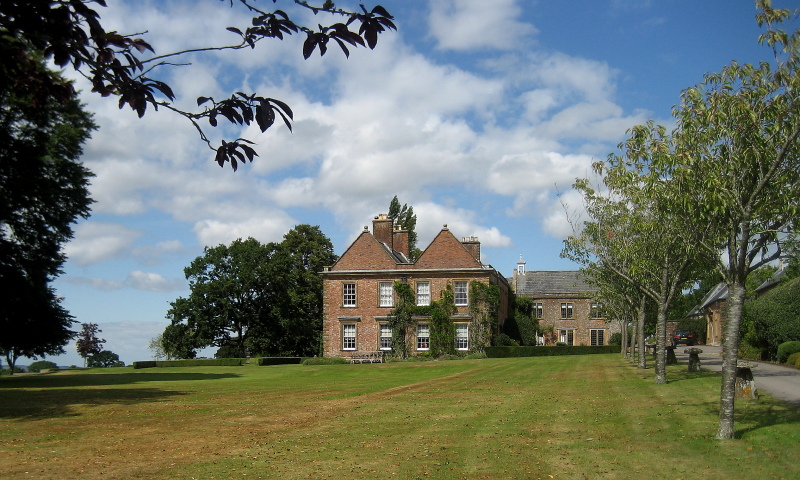 Avishayes House taken from side 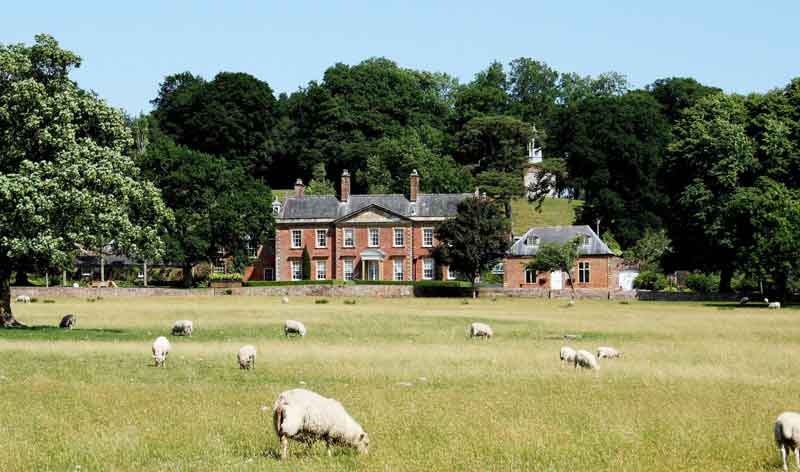 West elevation of 7 bays, generally matching that of the south gables, but bays 3 to 5 projecting slightly under a pediment; 12-pane sash windows to all but lower bays 3 and 5, which have deeper 18-pane windows, and lower bay 4 which has small-paned French doors set into plain recess, protected by an open porch having Ionic stone columns and entablature with segmental pediment, probably of early C20. Further wing added to north, probably C19. Interior not accessible, but noted were window shutters, panelled rooms of several dates, and a fine baluster staircase of mid C18 style: it is understood that some internal elements come from a house in Bath.

First recorded in 1316 as Aveneleseigh, the property changed hands many times; in C17 the Browne family leased it to the Sealy family, who purchased it in 1697; this may be the date of the east front: thereafter descendants of the Sealy family held it until it was sold to a Chard solicitor, Edward Clarke, in 1859. The owner in the mid C18 was Sarah Sealy who married James Marwood, (died 1767). (VCH Soaerset, Vol IV, 1978, p124).