The Pound near the Parish Church dates back before the fields were enclosed.   A Pound,  in the past,  was a place  where people could put animals, especially stray animals.

The following is the information on the Pound Notice Board.

“The hedges area, along with a small walled enclosure attached to nearby Pound Cottage,  is believed to be the original Chaffcombe Parish Pound.
Before fields were enclosed with banks and hedges, there was a system of open fields with the common use of grazing land.  This arrangement led to livestock straying onto crop fields and causing considerable damage.
It was then the responsibility of the pinder, keeper of the pound ( or pynfolde), to round up loose animals and to charge their owners for their release.

Cost of release
In the 1780s costs of release would have been around one penny for a horse or beast, 2 pence for every score (20) of sheep and 4 pence for a sow and pigs. ( 12 pence to a shilling, 20 shillings to a £)
In 1523, Master Fitzherbert’s Boke of Husbandry, the first book on farming published in England, reads…..
“And if they horse break his tedure( tether) and go at large in euery man’s corne and grasse than cometh the pynder and taketh hym, and putteth hym in the pinfolde. and there he stand in prison, without any meate,  unto the tyme thou haste payde his raunsome to the pynder and also made amendes to thy neighbours, for distroyenge of thyr corne”. 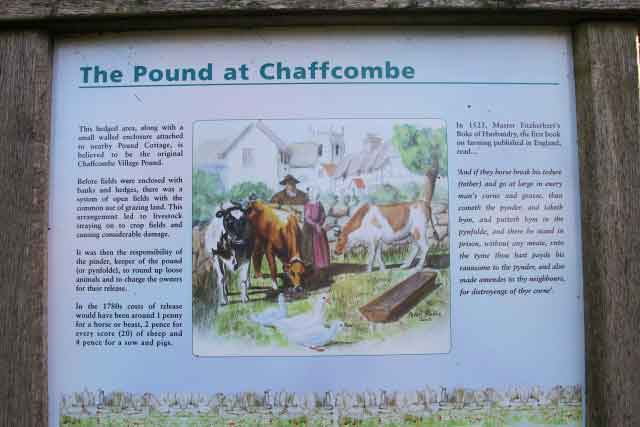 A Transfer Deed was signed transferring The Pound to the Parish Council on 20th February 2000 between William Thomas Harris (the Donor) and Chaffcombe Parish Council to hold for the purposes of a public open space for the quiet recreational, enjoyment of the Parishioners of Chaffcombe in perpetuity and thereby covenants with the Donor and his successors in title the owners for the time being of Keepers (marked as “Keepers Cottage”) not to use the said plot or allow it to be used for any other purpose. 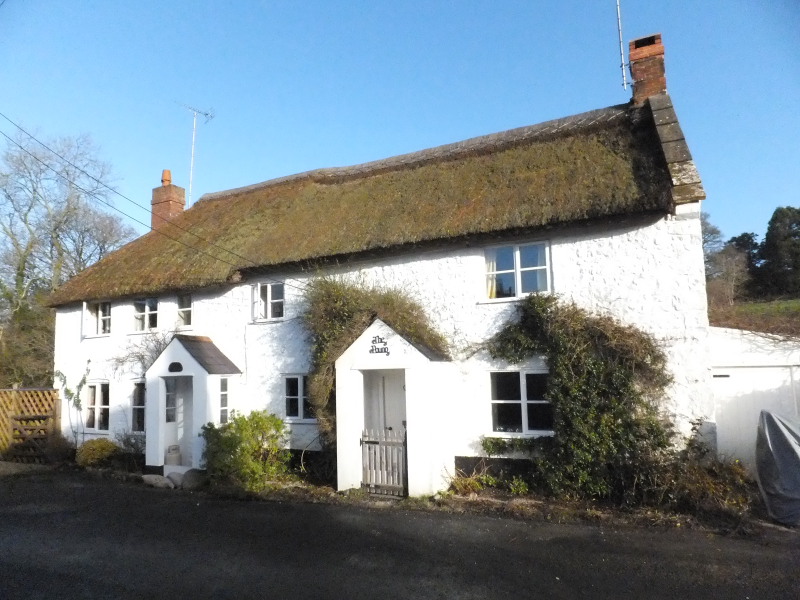